The Sea-Watch left the harbour today for its third patrol in the Mediterranean Sea!

Despite the technical challenges presented by the boat, the crew managed to leave in the late morning, straight from the gas station towards the open sea.

The current crew is composed of eight persons, including the shipmaster, a SAR expert, two doctors, an engineer supported by two technical and navigation experts and a photo-reporter.

They all worked hard in the past days to get the ship ready to sail the warm waters of the Mediterranean Sea. Before leaving Lampedusa, the Sea-Watch gives its lesson to the crew: only the balanced and collaborative effort of all members to prepare the boat can lead to a successful mission. The crew passed the test of the Sea-Watch, an old and tough vessel, where there is no space for heroism, but humanity and commitment. The ship is a space where the fisherman’s law applies over all jurisdictions and where no State but the sea exercises its sovereignty by means of waves, storms and winds. What is left in human hands is the solidarity towards all other persons at sea.

Dressed with the same colour of the sea, the Sea-Watch is again sailing towards Africa. She will be out there for the next week, fulfilling the duty to rescue as a basic principle of humanity. Our silent and humble symbol of solidarity at sea. 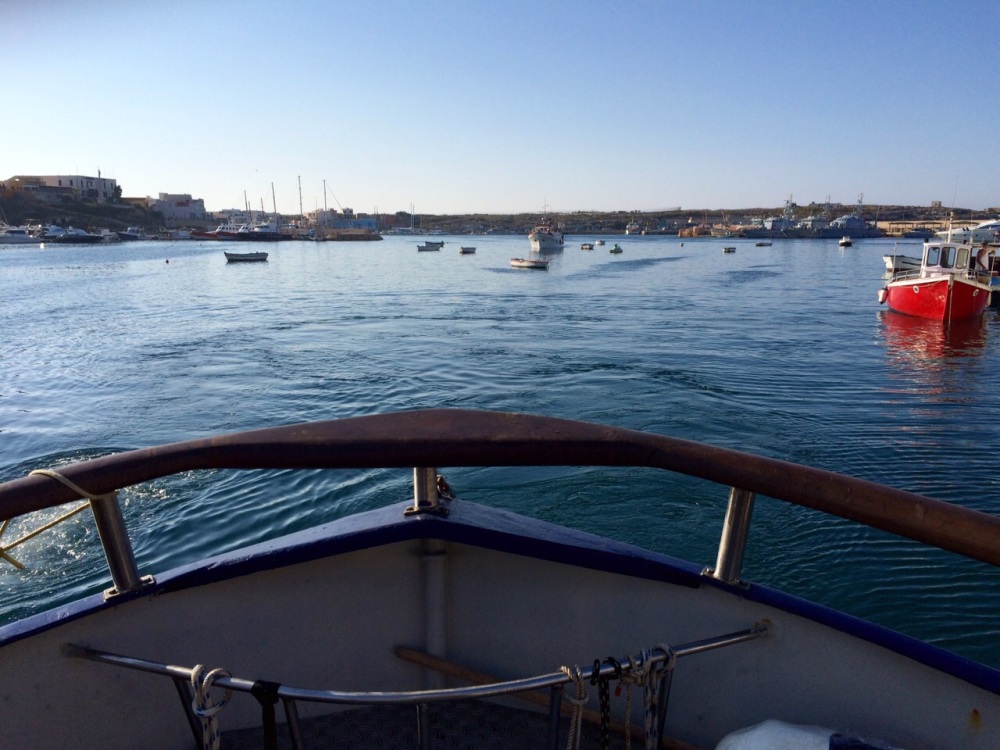